Spout is a video (texture) sharing framework for Windows. It allows the sharing of video between applications in much the same way as Syphon does on the Apple platform. 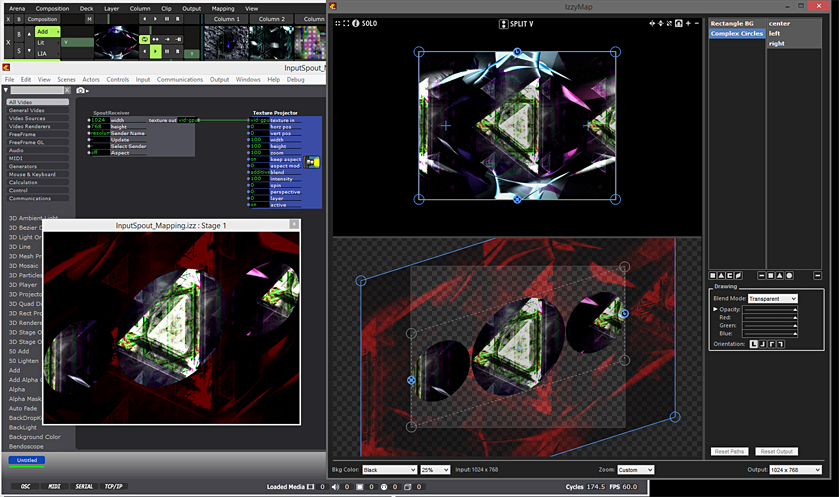 How to use Spout in Isadora 2.0

Isadora 2.0 adds support for the FFGL (freeframe GL) plugin standard. These plugins can achieve some truly amazing things. Spout ships with two FFGL plugins, one for sending and one for receiving. There are a few easy steps to get Spout working in Isadora.

We are going to setup a Receiver for this tutorial because Spout comes with a handy Sender we can use to test that we have our patch setup correctly. 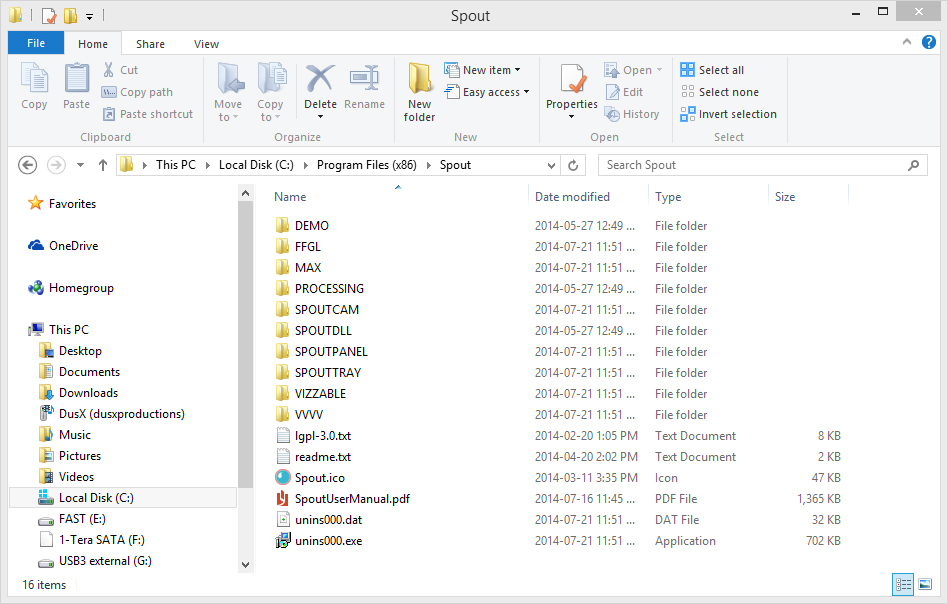 Note: Spout comes with a PDF manual that is a great help, and will explain how to use Spout with other video frameworks like Processing, OpenFrameWorks, VVVV, and more. 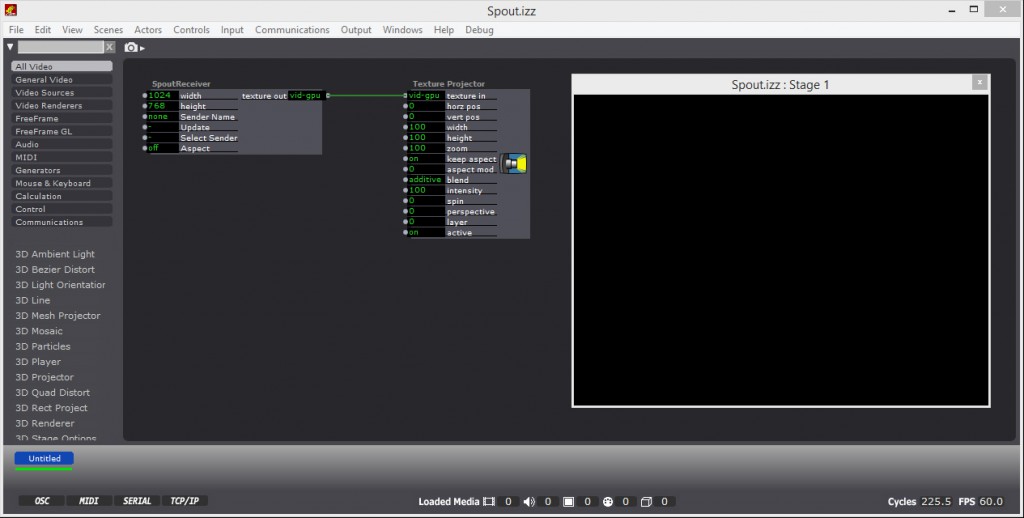 Note: this step is especially important when using the SpoutSender actor, since opening the stage creates an OpenGL session, that can then be shared via Spout. 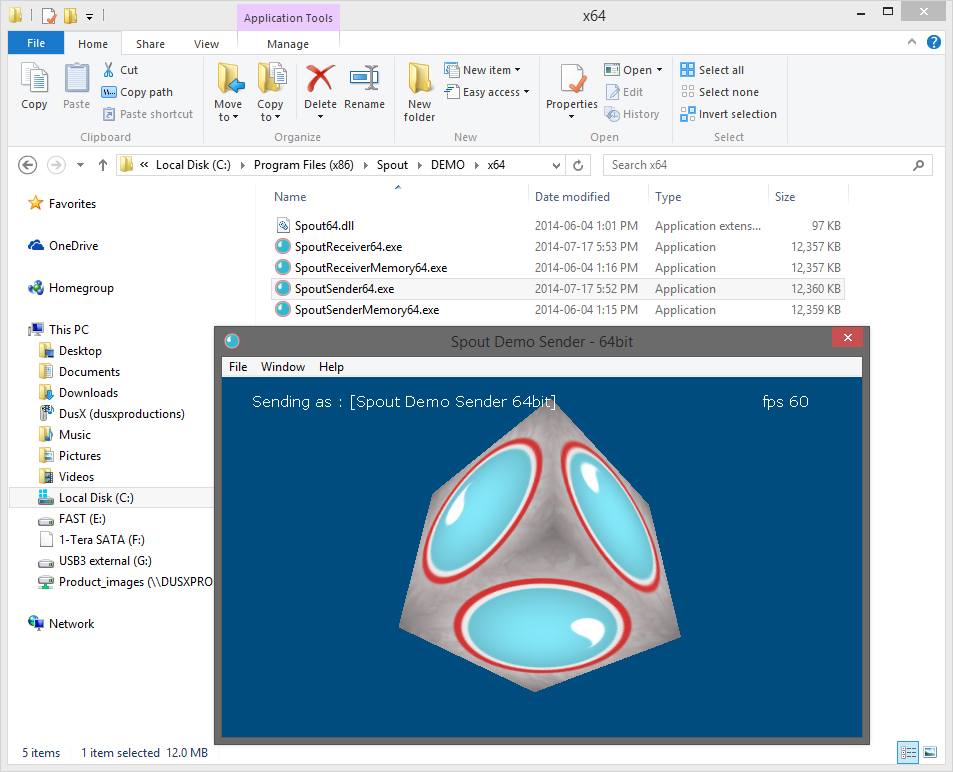 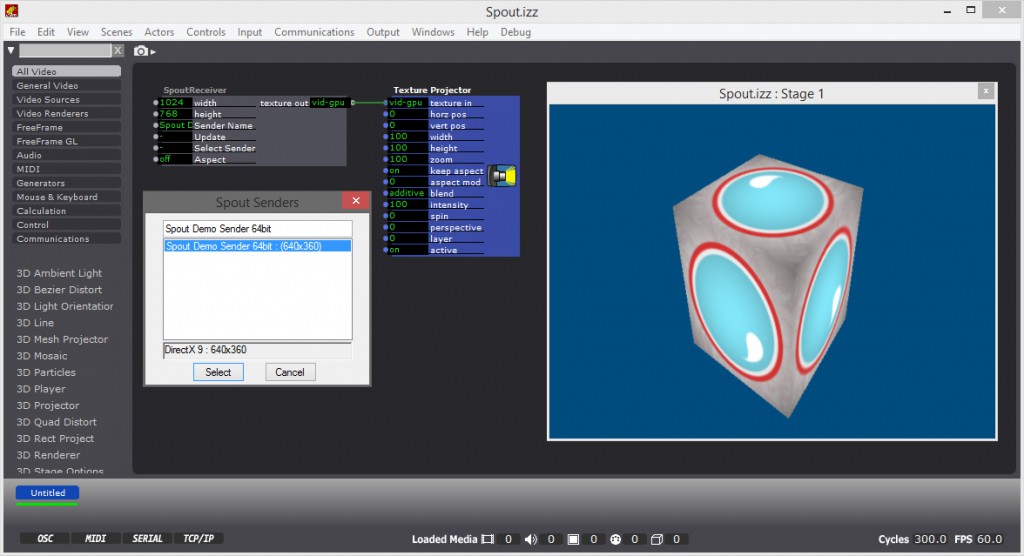 Link the Sender to the Receiver

You should now see the texture being shared from the one window into Isadora and displayed on the stage. I suggest you read the Spout manual to get a sense of how Spout manages multiple texture shares.

Start a new Isadora Patch and add a texture movie player and spoutsender. Launch the SpoutReceiverXX.exe from the DEMO folder and see if you can get video from Isadora into the demo Receiver.