(Click here to jump to a discussion of this Knowledge Base article in the TroikaTronix Forum.)

Hexler’s TouchOSC is a powerful “virtual control surface” that runs on iOS and Android devices. It communicates with Isadora using the Open Sound Control (OSC) protocol. Below you will find step-by-step instructions on how to get Isadora and TouchOSC to work together.

STEP 1: CONNECT TO A NETWORK

See the section labeled “Troubleshooting” below for more help.

STEP 2: FIND THE IP ADDRESS OF YOUR COMPUTER

Mac OS X: Open the System Preferences, click on Network, and then click on Airport or WiFi in the left hand pane. On the right, next to “Status” you will see the text “AirPort is connected to MyWifiNetwork and has the IP address xxx.xxx.xxx.xxx“

Windows: To open a Command Prompt, first click Start and then typing cmd into the search box. The click the "Command Prompt" result. In the window that appears, type ipconfig and hit return. The result will look something like this.

Start TouchOSC on your iOS or Android device.

You’ll first be presented with the TouchOSC Configuration panel show below. 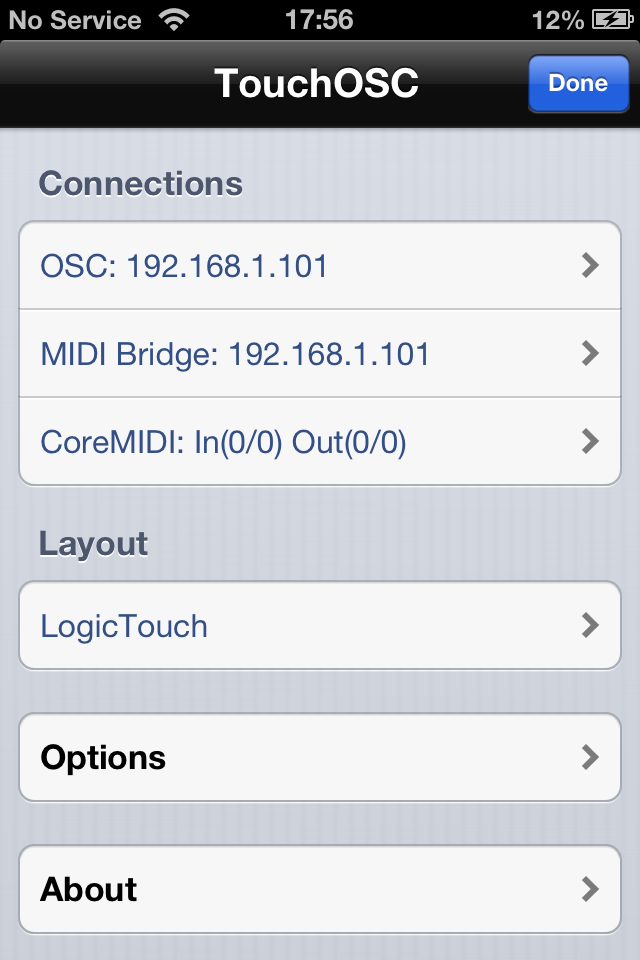 For now you can work with the default layout. But, later, if you wish to try other layouts, click Layout to select other options.

You need to click on the first line, labeled OSC. This will open the OSC setup panel. 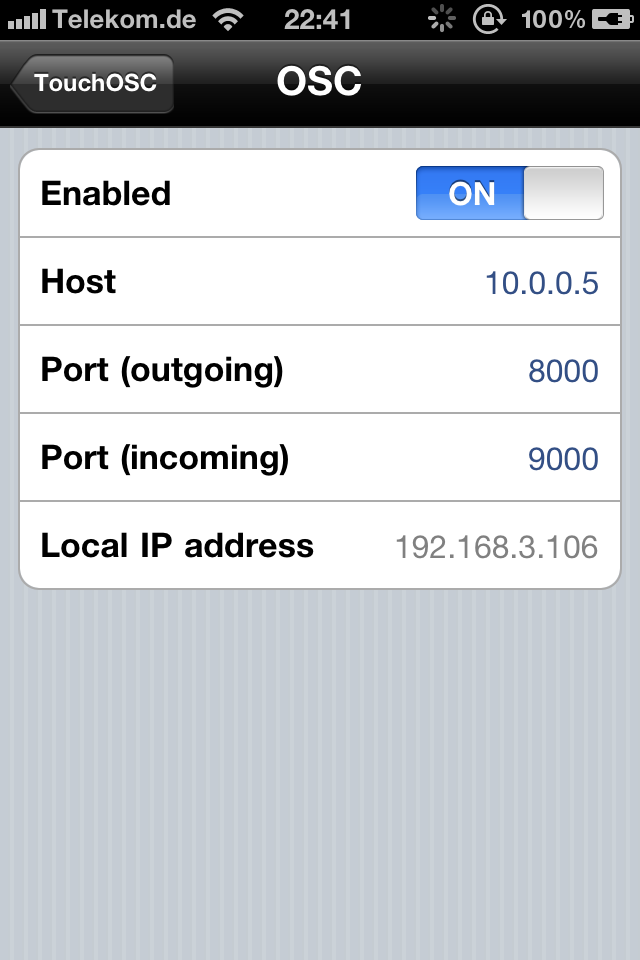 Finally, click Done in the TouchOSC Configuration panel to show the TouchOSC control surface. What you see will vary depending on the configuration, but it should look something like this. 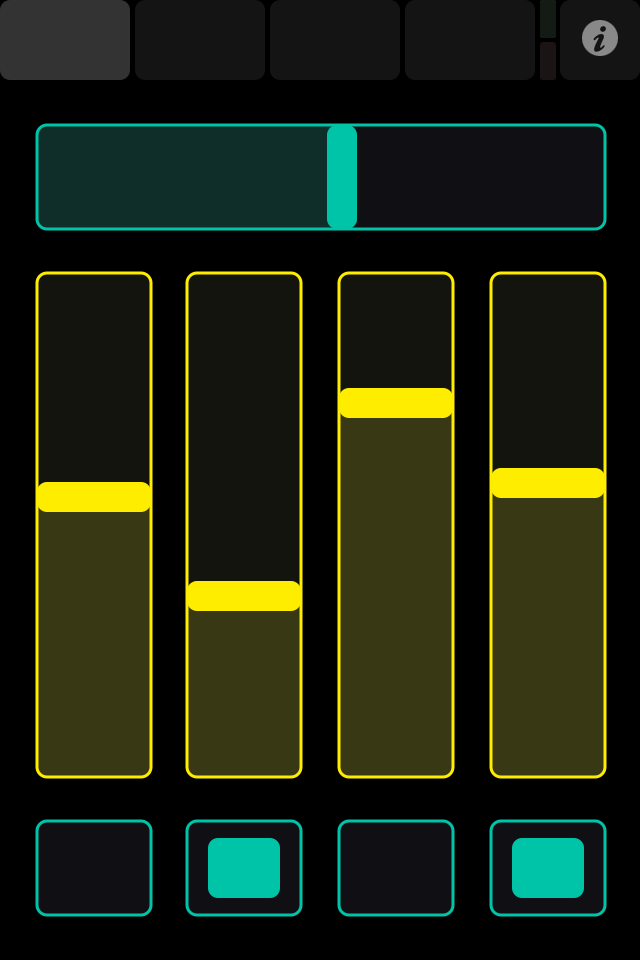 Now, back in Isadora:

In this example, the first line is from a fader (i.e., slider), the second is from a push button, and the last line is from a rotary (i.e., dial) control. Each control on the panel has its own, unique identifier.

To the right of each control identifier you will see the last value received from the control. Sliders, dials, and other “continuous controllers” will send values ranging from 0.0 to 1.0. Buttons send a 1.0 when pressed, and a 0.0 when released.

To finish the Isadora setup, you need to assign a “channel” number to each control. (Note: this parameter used to be called “port” in older versions of Isadora before 1.3.1f03) This channel number is used by Isadora to “listen” to the control.

Why do we use these channel numbers and not the OSC address itself? Because, later you may want to switch to another controller with different OSC addresses. If that were the case, all you would need to do is to edit the OSC addresses in the Stream Setup window and your Isadora patch will work exactly as it did before.

Now you’re ready to receive the values in Isadora.

STEP 5: RECEIVE THE VALUES IN ISADORA

Now, in your Isadora patch, add an OSC Listener actor. The ‘channel’ input is set to 1 by default.

Let’s make an example. Choose an OSC Listener that is receiving a “continuous controller” like a slider or dial. 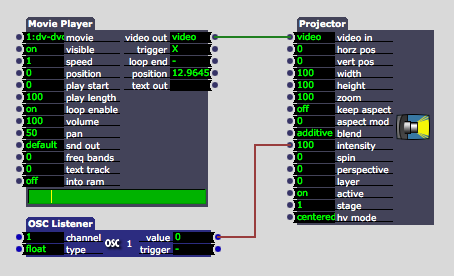 If you haven’t done so already, choose Show Stages from the Output menu to show the Isadora stage.

The problem here one of scaling. (This topic is covered in depth in the Isadora manual and in the two part video tutorial “Value Scaling” on You Tube, click here for part 1 or part 2.) But here’s how to fix it for TouchOSC and the OSC Listener.

Isadora’s automatic scaling is one of the most important features to understand if you want to get the most out of the program. We encourage to you read the manual and consult the tutorials if you are unfamiliar with this part of Isadora.

Some controls send more than one number. Try clicking TouchOSC’s Tab-Bar (they light grey area at the left or top of the TouchOSC interface) to switch between layouts. One of them should have a 2D Slider, which looks something like this. 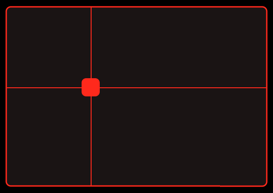 Notice that under the Data column, there are two numbers. That’s because the 2D Slider sends both the horizontal and vertical (i.e., x and y) coordinates of the slider. These appear together because the two values are “bundled” into one OSC message. (A device can attach as many numbers to a message as it likes; programs that send 3D position information often have 3 values for x, y and z.)

So, we want both the x and y position of the 2D Slider, but we only assigned one port. How do we get that both numbers?

Isadora senses how many values are transmitted with each message. If a message has more than one value, then Isadora assigns the values to consecutive OSC Listener channel numbers.

So now modify your patch as follows: 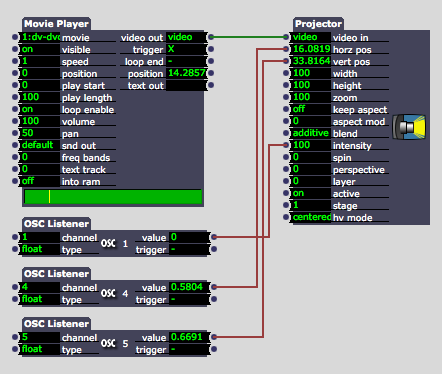 Don’t forget to click on the word ‘value’ set set the Limit Min and Limit Max to 0 and 1 respectively!

Hopefully this tutorial allowed you to get up and running with TouchOSC. If you have any comments are corrections regarding this tutorial, please post them in this topic.

Sometimes, even after following all of our instructions above, you find that your Isadora is not receiving messages from TouchOSC. This section will at least help you find out of there is a valid connection of some kind between your computer and your iOS/Android device.

iOS: I downloaded a free program from the app store called “Free Ping.” When you run it, you enter the IP address of the computer running Isadora. If there is a connection, you’ll see lines appear like

it there is no connection, you see lines saying that the ping attempt “timed out.”

Android: I don’t have an android device, but the app “Ping DNS” seems similar. If you find other apps that do the job better, please write something about it on the forum and I’ll update this entry.